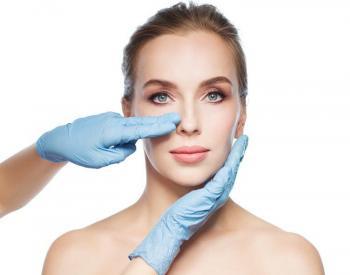 Why can't I get an easy breath?

If a patient with a breathing problem undergoes rhinoplasty operation without correcting this functional problem, complaints may increase afterwards and then the patient needs to have an operation again and again. Therefore, patients with septum deviation or concha bullosa should request these problems to be solved together if they undergo rhinoplasty operation.

Septum is the wall that separates the nasal cavity from the middle. The anterior part of the septum is composed of a firm, but bendable cartilage and the posterior part is composed of bone. Ideally, the septum should be on the midline and the right and left nasal cavities should be of equal width. In 80% of people, the septum is not exactly in the midline, and this does not cause any complaints, and often does not cause a health problem. Sometimes the septum is located in a very deviated position from the midline and this is called septum deviation or nose deviation.

The treatment of septum deviation is surgical and this surgery is called septoplasty. Nose deviation surgery can be performed separately or together with rhinoplasty operation.

Septoplasty surgery can be performed under both general and local anaesthesia. However, in my personal opinion, aesthetic intervention and septoplasty operation should be performed together and therefore it is not practical and healthy to perform this operation under local anaesthesia. In the operation, the septum is placed in the midline position. During the surgery, the excessively deviated part of the septum is removed, and the correctable parts of the septum are reshaped and replaced. Nasal packing is placed in both nasal cavities to keep the corrected septum in its place at the end of the surgery. This packing is usually removed on the second day following the surgery.

There are centres that determine the development of facial bones in the nasal septum. Surgical treatment of septum derivations, determined in childhood, is usually not performed before the age of 17 to prevent these centres and bone development of the face to be disrupted. Growth centres in adults are inactive and septoplasty operations have no negative effect on the shape of the face.

If the septum is re-displaced during the healing phase within a few months following the septoplasty operation, or after a new nasal trauma, a second correction may be required; the need for a second operation is very rare and occurs in less than 2% of the patients who have undergone the surgery.