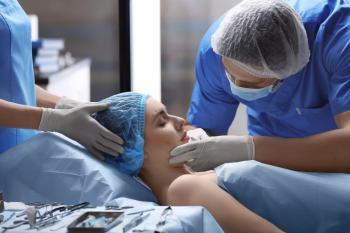 If the patient has functional problems about the nasal health besides the aesthetic operations, these deformations are corrected at first. After creating a functional nose, the patient's nasal aesthetics is completed by using the removed cartilages.

In general, rhinoplasty operations are performed in two types as an open and closed technique.

In the open technique; there is a better view and surgical convenience. Oedema occurs a little bit more compared to the closed technique, and an indistinct scar may occur on the nasal tip.

In accordance with the patient's condition and expectation, Surg. Orhan Alan, MD can perform both techniques easily. In general, doctors are accustomed to only one technique and they perform the operations with this technique constantly. They experience difficulty in carrying out operations in the other technique.